A Warm welcome to our Brass Buddies

During these uncertain & challenging times, we feel responsible to unite our community and to use this moment to learn from one another to grow and become stronger. We hope this newsletter brings you joy, inspiration & motivation and we sincerely hope that you, your dear ones are well and safe.

The Sunshine Orchestra Brass Buddies, is a virtual mentorship program started during this pandemic to connect musicians & teachers from across the globe with our students in India. We thank our Director of Brass - Lisa Sarasini for initiating this project and expressing her views about this program. 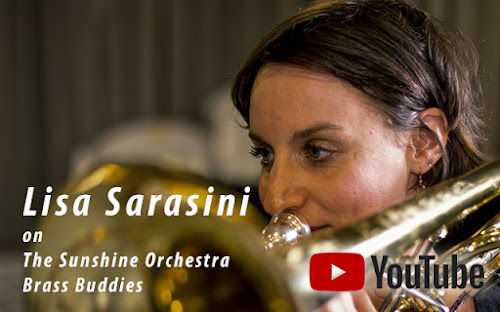 We welcome our new mentors to our ever expanding family and applaud their dedication to ensure that music indeed provides inspiration and comfort to all. 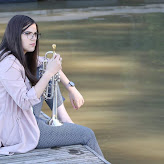 Helena is from north Portugal who started learning the trumpet when she was 12 in Artave (A professional music school). She continues her studies in the music university in Porto - ESMAE. At the moment she is pursuing her masters degree in Sibelius Academy. She has been recognised in various music competitions: “Terras de la Sallette”, “Albertino Lucas”, “Póvoa de Varzim Competition” and “Finnish Yamaha Music Foundation”. Her experience includes work with the Vaasa City Orchestra and Oulu Sinfonia and many more.

Jim is a freelance trumpet player based north of Manchester in the Rossendale Valley. Since graduating from the RNCM in 2005. He has worked with Opera North, Manchester Camerata, BBC Philharmonic, Northern Ballet, Royal Northern Sinfonia, Northern Chamber Orchestra and the Royal Philharmonic Orchestra. He has also toured with productions of Hairspray, King & I, Top Hat and Annie and played West Side Story, The Producers, Into The Woods and Chicago in regional theatres. 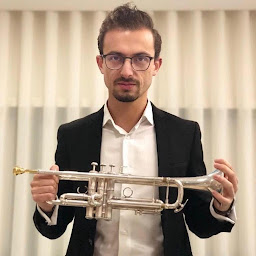 Born in Castelo de Paiva, Sérgio Filipe Rocha Pereira started his musical studies at the age of 7 at the school of the Banda de Música dos Mineiros do Pejão, later joining the Academia de Música de Castelo de Paiva.
Throughout his career, he has worked with several renowned trumpeters and conductors.
Currently, he teaches Trumpet and Chamber Music at the Conservatório de Música de Paredes and at the Academia de Musica Costa Cabral. He is part of the Banda Sinfónica Portuguesa , the Orquestra da Costa Atlântica and is a founding member of the Concentus Trumpet Ensemble and the Invictus Brass Quintet. 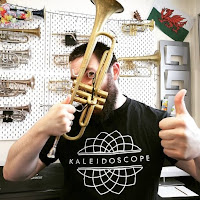 A Royal Northern College of Music alumni, Mark is a freelance trumpet player working regularly across both the UK and Norway. A founding member of a ten-piece brass ensemble, Brasskompaniet, Mark splits his time across chamber music projects in Norway and a diverse freelance career in the UK. A regular performer with the Kaleidoscope Orchestra, Mark has also worked with the Halle Orchestra, Opera North, Royal Philharmonic Orchestra and on regional theatre productions such as The Producers, Gypsy, Jerry Springer the Opera, and the 2019 award-winning revival of Mame at the Hope Mill Theatre. 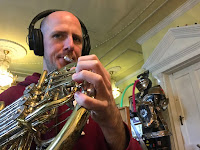 Jonathan is a French horn player and teacher based in Manchester, UK. He is a horn tutor at the Junior Royal Northern College of Music and since 2019 has been working as horn tutor for the RLPO In Harmony project.
Since his first performance with a professional orchestra in 2006, he has been regularly performing with all of the major orchestras in the north of England. Having previously been invited to India to perform with the Symphony Orchestra of India and the Bombay Chamber Orchestra, a return in 2019 saw him performing alongside the Shillong Chamber Choir.

Kieran is a composer and educator based in Abu Dhabi, UAE. His performance experiences range from playing with major symphony orchestras to performing solo recitals. He has studied both classical and jazz music at the Royal Northern College of Music in Manchester and at the Cleveland Institute of Music in the USA, being taught by some of the most successful trombonists in the industry. During his studies, he was awarded the Terence Nagle award for solo playing for his performance of ‘Sequenza V’ by Berio.  Also, as part of the Five Cities brass quintet, he was awarded the Philip Jones prize for chamber music.

Jonathan grew up in Plymouth and started playing the trombone when he was 14 years old with his local youth brass band which was run by his Father. In 2011, Jonathan gained a place at the Royal College of Music in London and studied under the tuition of Byron Fulcher (Philharmonia Orchestra) and Lindsay Shilling (Royal Opera House Orchestra)
In his time there, he won a series of awards, including the Trombone Solo prize two years running, the Brass Chamber Music competition, and the British Trombone Society Student of the Year award.

Over the past decade the impactful stories of the Sunshine Orchestra have inspired many, and this year with our Brass Buddy program, we hope to motivate you and once again establish the fact that Music has broken all boundaries.
Our mentors and students have expressed their happiness, to be able to exchange their gift of music.

Of the relationship Jim Bulger, Brass Buddy mentor says,
“The fact that I can effectively communicate and advise my Sunshine Orchestra Brass Buddy (Karthick) from a different country, in a language that isn’t his first language and during a global pandemic with all the restrictions that it offers, is a testament to the universal language of music.”

From our student Karthik,
"I enjoy having Jim as my brass buddy. He is funny and kind and sends me brass videos every week. It feels great to hear the sound of his beautiful trumpet and he comments on my videos with helpful advice. Being stuck at home at this time, I do not always feel motivated but Jim's videos always lift me up"

Each and everyone of you have created a special moment in time for our foundation. We would like to thank all of you for allowing us to experience your gifts and for us to continue to share the gift of music.